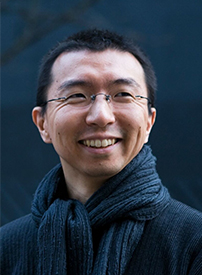 Hokkaido-born Sou Fujimoto graduated from the Department of Architecture, Faculty of Engineering at the University of Tokyo. He established his own office, Sou Fujimoto Architects, in 2000. Among numerous awards, Mr Fujimoto won the first prize for the invited design competition “Ecole Polytechnique Learning Centre at Paris-Saclay University,” in Paris, France in 2015, and was a winner of the “Architectural Folie of the 21st century” competition in Montpellier, France.

The theme of the CITIZEN L Ambiluna collection is “light itself.” Light is the origin of all life. Time has no inherent shape or form. We brought these two things together. Now, through fickle, ever-changing light, you can “feel” the passing of Time. The Moon encircled in a foggy haze glows gently on your wrist. Light becomes part of your physical self. Beyond seeing lies....sensation. A new way to experience Time is born. 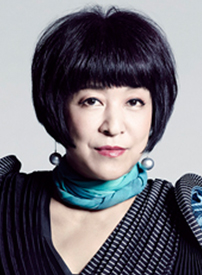 Yoshiko Ikoma served as deputy chief editor of the Japanese editions of Vogue and Elle and subsequently chief editor of the Japanese edition of Marie Claire. Since 2008 she has been working as a freelance journalist creating projects centered on fashion and lifestyle, including social responsibility, ecology and “Cool Japan,” while also contributing to articles to newspapers and magazines. She has also launched WAO, a project to revive and disseminate traditional Japanese arts and crafts.

I developed the concept of the CITIZEN L Ambiluna collection for active, global women who care about the planet’s future, for women who have both inner and outer beauty. I wanted to incorporate that spirit into a watch people would wear every day. It’s a new kind of watch that transmits beauty and courage to the wearer.